Orders after 12 midday on Wednesday 31st March will be processed on Tuesday 6th April and delivered Wednesday 7th April due to Easter Bank Holiday. 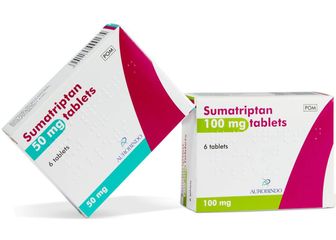 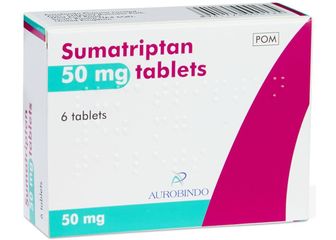 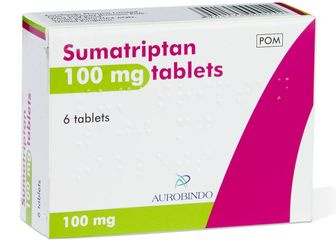 Please note: this page is only to be used as a reference of our price for this medication. Once your consultation has been approved and verified by our prescriber, you will be offered treatment for you and the prescriber to jointly consider. This will be done by our Doctor or Pharmacist Independent Prescriber.

Sumatriptan Generic is a popular migraine treatment. It is the generic version of Imigran, and like Imigran it contains the active ingredient sumatriptan succinate. Sumatriptan belongs to a class of medications known as triptans. Triptans are different to painkilling medications, as they work to reverse the changes in the brain that are thought to induce a migraine attack. They also work to alleviate the symptoms associated with a migraine.

What is the difference between Imigran and Sumatriptan?

How does Sumatriptan Work?

Sumatriptan succinate is thought to reverse the temporary widening of blood vessels in the brain. The widening of these blood vessels is thought to contribute to a migraine attack. By stimulating receptors called serotonin (or 5HT) receptors found in the brain and therefore contracting the blood vessels, sumatriptan succinate works to treat the cause of a migraine, as well as helping to reduce any associated symptoms such as headache, nausea, vomiting and sensitivity to light or sound.

When should I take Sumatriptan?

How do I take Sumatriptan?

Will I experience any side effects when I take Sumatriptan?

There is the potential for all medications to cause side effects. However, the particular side effects experienced will vary from person to person. Sumatriptan is safe and effective for the majority of people who are eligible for treatment with it. Some common side effects that may be associated with Sumatriptan can include nausea, vomiting, tiredness/drowsiness, or dizziness. These side effects affect less than 1 in 10 people. If you have any concerns about side effects, please talk to your doctor or pharmacist.

What is an Overuse headache and what should I do?

A medication overuse headache, or a rebound headache, can be caused by the overuse of the drugs used to treat migraines. This is why it is very important that you speak to your doctor if you need to take more than 10 doses of Sumatriptan tablets in a month. Your doctor may instead need to discuss prescribing you preventative medication that you can take regularly to help prevent migraines.

What is a Migraine?

A migraine is a common condition, which affects millions of people across the UK. A migraine is characterized by a severe throbbing headache. Pain is usually felt at the front or side of the head. Approximately 20% of women and 7% of men experience migraines.

Like any medicines, Imigran can cause side effects, but not everybody may experience them. Some symptoms may be caused by the migraine itself.

Common side effects of Imigran include pain, heaviness, pressure or tightness in the chest, throat or other parts of the body, or unusual sensations, including numbness, tingling and warmth or cold. These effects may be intense but generally pass quickly. Some people also experience nausea, dry mouth and drowsiness. These side effects are usually mild and improve on their own.

Over the counter pain-killers such as paracetamol, aspirin or nurofen may help to reduce the symptoms of migraines. They are most effective when taken as soon as the migraine starts.

Triptans are medications that can help to reverse the changes in the brain that may cause migraines.

Have a question? call us now

Need support? Drop us an email

We use cookies to provide and improve our services. By using our site, you consent to cookies. Accept Learn more